There are all sorts of machines that are employed in earthmoving services. Among the major sectors that use this sort of equipment is the construction industry. When new buildings are to be erected, it is often the case that earthmoving machines will be on the site in the first instance to prepare the ground and dig the foundations before any other equipment arrives. The same can be said of the road building industry and, of course, Australia's large open-pit mining sector. What are the most common earthmoving machines used in the country these days?

The humble backhoe loader is one of the most versatile pieces of equipment you can find used today. It is employed in nearly every sub-sector of the construction industry as well as in mining. They are used to shift large quantities of earth, shovel trenches and move materials and supplies around. One of the main factors contributing to the ongoing success of the backhoe loader is that it is able to move around relatively quickly on the road, just like a tractor, but it is also at home on soft ground. Backhoe loaders have two devices for shifting earth: an articulated bucket at the rear and a larger, front-facing one.

Excavators are larger pieces of equipment than backhoe loaders and are usually supplied on caterpillar tracks, which means that they need to be loaded onto a truck in order to move them from one site to another. In many cases, they will have an operator's cab which can swing around with the rest of the unit over 360 degrees in order to work over a relatively large area without moving back and forth. Most have an articulated arm that extends to the front with a sizeable bucket that is capable of shoving or picking up large quantities of earth.

Regarded as one of the most heavy-duty vehicles that can be used to shift earth around bulldozers are one of the mainstays of the road-building industry. They are constructed with an incredibly high level of torque which means they can push very great quantities of earth forwards or, more commonly, to the side when they are fitted with an angled blade. As well as heavy-duty tracks on either side of the vehicle, most bulldozers are fitted with a front-facing blade that can be shifted back and forth independently via hydraulic rams. This helps them to shift large boulders and other tricky items under their own power without the need for an excavator. 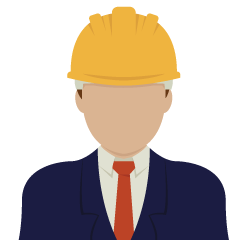 As a small contractor, it makes a large difference to my bottom line when I can finish a job early. Every day, my heavy construction equipment is on a site is a day I can't be doing another job. I am always researching ways to make my yellow goods operate more efficiently and move more dirt with each load. Some of the advances with the construction logic that governs equipment these days is astonishing, and I never would have imagined how automated my trucks would be now when I started in this business 30 years ago. This blog has tips for small contractors on getting maximum efficiency from your heavy contruction equipment.